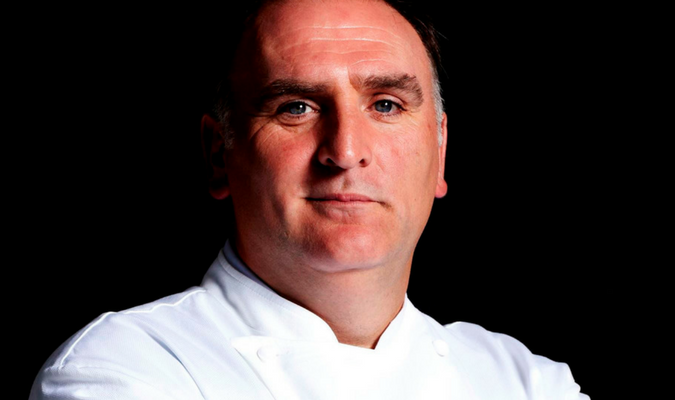 This event is free. Tickets are required and will be available for reservation in February. More details about tickets will be provided in the coming months.

Internationally renowned chef, author and humanitarian José Andrés will serve as the 2018 speaker for Frederick Reads, discussing “Changing the World through the Power of Food.”

Often considered the unofficial Ambassador of Spain, Andrés is the Dean of the Spanish Studies program of the International Culinary Center, the first professional program of its kind that is dedicated to the cuisine of Spain. In November 2010, Spain’s Ministry of Culture recognized Andrés with the prestigious Order of Arts and Letter medallion, honoring his efforts to promote Spanish culture abroad.

In 2014, he was awarded Refugees International McCall-Pierpaoli Humanitarian Award for his work combating hunger worldwide. In 2010, after traveling to post-earthquake Haiti, Andrés launched World Central Kitchen, which aims to create smart solutions to hunger and poverty. World Central Kitchen and Andrés garnered national attention for their recent work in Puerto Rico following Hurricane Maria. In partnership with local organizations, World Central Kitchen served more than 2.5 million meals to the people of Puerto Rico.

Frederick Reads is a collaborative effort among Frederick County Public Libraries, Frederick Community College and Weinberg Center for the Arts. This partnership aims to bring acclaimed authors to Frederick and foster community conversations, events and a love of reading.

Andrés will also speak at the Jack B. Kussmaul Theater at Frederick Community College on Tuesday, March 20. For more information about Frederick Reads, visit the Frederick County Public Libraries website.