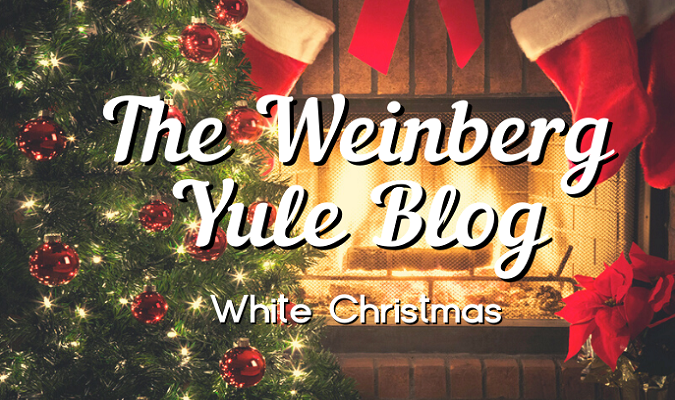 I grew up listening to Bing Crosby at Christmas a lot and as a result, I watched “White Christmas” when I was still pretty young.  I am a WWII history buff so maybe that contributed to my interest in this movie.  As it turns out, this film is now one of my all-time favorites.

Irving Berlin had written the song “White Christmas” for Bing for a film 6 years earlier called “Holiday Inn” (1942).  The song became a hit.  Did you know that “White Christmas” won the Oscar for Best Original Song in 1942 as well?  Irving Berlin decided to make a movie based around the song, given its popularity.  At the time, he thought he would write it for Bing Crosby and his previous co-star Fred Astaire (they had been a hit with “Holiday Inn” as well as “Blue Skies”).  As fate would have it though, Astaire bailed on the production after reading the script.  It was then passed on to another well-known actor at the time, Donald O’Connor (best known for “Singin’ in the Rain”).

Due to an illness, O’Connor couldn’t do the film – and at the 11th hour, Danny Kaye was tapped to star opposite Crosby.  The original story was apparently not so good, and the writers had to do a hasty re-write.  In 8 weeks, they put together a “story that made sense” and had included more material suited for Danny Kaye.

“White Christmas” would be filmed in VistaVision, a method of filming that changed to appearance of the film to what we now think of as “widescreen”.  That little change alone would set this film apart, but some critics hated the appearance of the film.  Of course, some critics also hated the film itself!  (Any film critic that likes this movie should visit the NY Times and read for themselves.)  Okay, so now that my film geek has gone all history buff on you, allow me to get to the meat of my own review.

Bing Crosby may seem a bit old for the part (at least for me he seems that way), but Kaye fits perfectly.  The two of them bantering and bickering back and forth made their plot-based relationship as Broadway stars-turned-producers very believable.  Kaye is without question the comic foil to Crosby’s “all business” gruff.  Every time I watch this film and I get to the number of “Sisters”, I start snorting with laughter.  It’s the kind of whacky behavior that a star of the stage would pull, and it’s just downright funny.

The good intentions of these 2 broadway stars willing to do something to help someone else in need, someone that meant a lot to them in a time of war, really is the big message of the film.  Anyone that has had family in the military can probably relate to this message, and in 1954, I would guess that was a lot of Americans.

There’s not too much believability to Kaye’s character and his love interest (but is she really?) played by Vera-Ellen.  It hardly matters though, as the real star of the show in that department is Rosemary Clooney.  She can sing sure, but it is her acting that brings the love story out in this movie.  Her scene with Crosby over liverwurst and buttermilk (yuck!) by the fireplace featured the song “Count Your Blessings” (which would earn the film an Oscar nod that year, FYI) and it is pure movie magic.  I sometimes wonder if Paramount knew how big that moment in the film was.  I would bet that Clooney certainly knew.

The film has this sort of random musical that our Broadway stars are rehearsing at this country Inn in Vermont.  The numbers therein are massive – um, hello “Mandy”!  They are fun and over-the-top entertainment but I guess they had to be in there to sell the entire plotline.  I never much cared for them, truly.  I do however love the musical direction of Crosby sitting at the piano with Clooney.  That’s just fun to see.  When you get to Crosby’s character pitching his holiday plea to his fellow vets to join him in a Christmas salute to General Waverly, you reach this moment in the movie where the time seems to hit warp speed.  Rosemary Clooney sure did get a job fast!  And just how long is that train ride from Vermont to New York?

I think we all get so caught up in the shenanigans of Kaye and Vera-Ellen and the love story developing between Clooney and Crosby.  We easily forget that the movie is called “White Christmas” for a reason.  When our entertaining foursome arrives in Vermont, they expect to see snow (one of my all-time favorite numbers is “Snow”).  Alas, there is none as it has been unseasonably warm of late.  This creates a financial hardship for an Inn owner that can’t book his Inn.  Again, the story ropes us all in with how the musical rehearsal is going to draw everyone there.  (Are they secretly advertising this?  How is this all going to help?)  In the end, the boys decide they will go on to save the Inn by getting their fellow vets to join them at the Inn for Christmas.  Realistically we know this would be a temporary fix, but Crosby calls it right when he says they need to supply aid right now.  And again, we get so roped into this financial situation and the love story, that we forget it still hasn’t snowed in Vermont in late December!

Then suddenly, like all good musicals do, we hit the finale.  It’s glorious.  The fun-loving number of “Gee, I Wish I Was Back in the Army” and the tear-jerking reprise of “Old Man” gets me every single time.    The lovers get over their spat and come together, and then …like perfectly orchestrated magic … it begins to snow.  They open the back wall of the staged production hall open to reveal the wintry landscape to the crowd and they sing the title song.  Suddenly, the title and the entire movie all comes together in a perfect Christmas bow.

“… and may all your Christmases be white.”