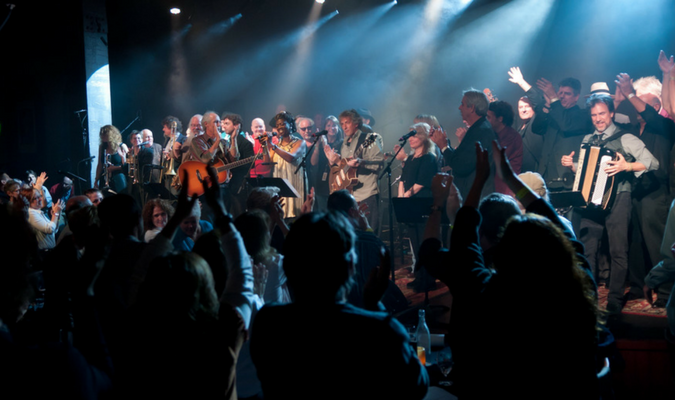 Join thirty-five of D.C.’s best musicians as they recreate the timeless sound of The Band’s legendary 1976 farewell concert. Back on the Weinberg stage by popular demand, this rockin’ tribute features not only the music of The Band, but many of their extraordinary guests, including Van Morrison, Eric Clapton, Bob Dylan, and more. Performers will include Bob Margolin (who appeared alongside Muddy Waters at the original concert), Tom Principato, Julia Nixon, and other area favorites.