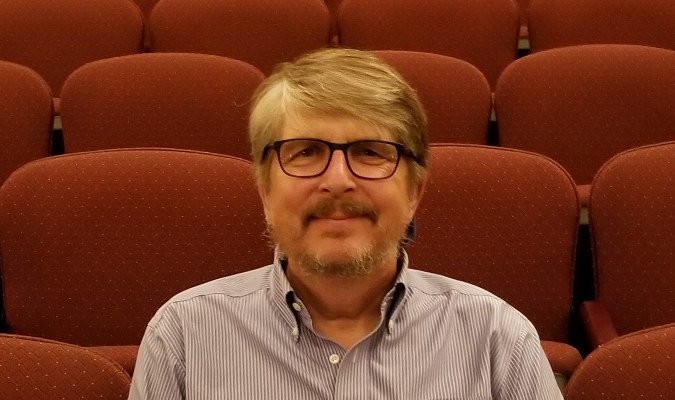 Ever wonder what goes on at the Weinberg Center during the summertime? Why is it so quiet? Executive Theater Manager, John Healey, discloses what’s really going on in these sunny months.

As the Executive Theater Manager for the Weinberg Center for the Arts, Healey oversees the operations and programming for the theater (although he admits that for years he’s been attempting to figure out what exactly he does). “During the summertime, the theater is dark performance wise; however the staff is up bright and early to get work done. In these months the manager of marketing is finalizing the brochure, and everyone is finalizing contracts to get ready for the upcoming season.”

For Healey, about 90% of his work day is spent at his desk, doing paperwork, as well as making phone calls to agents, meeting with business leaders, and getting things ready for the season. When choosing the season, Healey says that he tries to find a diversified lineup to appeal to as many folks in Frederick as possible. The Weinberg strives to offer a variety of programming by bringing back favorites, and finding new artists all while putting culture and economics into consideration. “It really all just falls together in the end,” Healey asserts. “This year our season is announced August 1st and people can expect to see some of their favorite performers, as well as some new faces!”

The Weinberg’s 2019-2020 Season will be announced August 1. Tickets for members go on sale August 8 and for the general public August 15. See you at the theater!