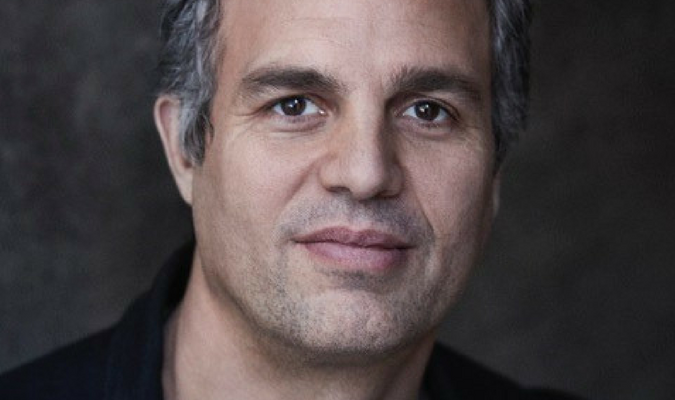 This event will feature an interview/Q&A style format.

Academy Award, Golden Globe, BAFTA and Emmy nominee Mark Ruffalo is one of Hollywood’s most sought-after actors, easily moving between stage and screen and working with directors including Ang Lee, Martin Scorsese, Michael Mann, Spike Jonze, David Fincher, Fernando Meirelles, and Michel Gondry. Recently, he has earned accolades for his starring roles in “Spotlight,” “Infinitely Polar Bear,” “Foxcatcher,” “The Normal Heart,” “Begin Again,” “Now You See Me,” and “The Kids are Alright.” Most recently, Ruffalo starred in the Roundabout Theater Company revival of Arthur Miller’s “The Price” on Broadway, which ran from February 2017 to April 2017.

When not working in film or theater, Ruffalo advocates for addressing climate change and increasing renewable energy. In March 2011, he co-founded Water Defense to raise awareness about energy extraction impact on water and the public health. A regular contributor to the Guardian and the Huffington Post, Mark has received the Global Green Millennium Award for Environmental Leadership, and the Meera Gandhi Giving Back Foundation Award. He was named one of Time magazine’s “People Who Mattered” in 2011 and received The Big Fish Award from Riverkeeper in 2013. Ruffalo helped launch The Solutions Project in 2012 as part of his mission to share science, business and culture that demonstrates the feasibility of renewable energy.

In 2015, Ruffalo starred in Tom McCarthy and Josh Singer’s Academy Award-winning film “Spotlight.” The film followed The Boston Globe’s coverage of the Catholic Church sex abuse scandal for which the newspaper won the 2003 Pulitzer Prize for Public Service. The film won Best Picture at the 2016 Academy Awards, and Ruffalo received a Best Supporting Actor nomination for his performance. The cast of the film was awarded the Screen Actors Guild Award for Outstanding Performance by a Cast in a Motion Picture and the film was nominated for a Golden Globe for Best Motion Picture – Drama.

Ruffalo also received a Golden Globe nomination this past year for his role in the Sony Pictures Classic film “Infinitely Polar Bear.” Ruffalo starred opposite Zoe Saldana as a bipolar husband and father who goes off his medication and proceeds to lose both his job and sanity, while struggling to hold onto his marriage. Earlier in 2015, Ruffalo reprised his role as Bruce Banner ‘The Hulk’ in “Avengers: Age of Ultron,” the hit sequel to “The Avengers.” Directed by Joss Whedon, the film reunited Ruffalo with co-stars Scarlett Johansson, Chris Hemsworth, Chris Evans, and Robert Downey Jr. In 2014, Ruffalo received Academy Award, Golden Globe, Screen Actors Guild and BAFTA nominations for his role as the late Olympic wrestler David Schultz in “Foxcatcher.” The film also received a Golden Globe nomination for Best Motion Picture – Drama.

Ruffalo received a Screen Actors Guild Award, as well as Golden Globe and Emmy nominations, for his role as gay rights activist Ned Weeks in the HBO film “The Normal Heart,” based on the play by Larry Kramer. Directed by Ryan Murphy, the film also starred Julia Roberts and Matt Bomer. The film received a total of 16 Emmy nominations including Outstanding Television Movie. It also received a Golden Globe nomination for Best Miniseries or Motion Picture Made for Television. That same year, Ruffalo starred in John Carney’s “Begin Again,” alongside Keira Knightley and Hailee Steinfeld.

Ruffalo earned Academy Award, Screen Actors Guild, BAFTA, and Independent Spirit Award nominations for his performance in Focus Features’ “The Kids are Alright,” directed by Lisa Cholodenko. He was also honored with the Best Supporting Actor Award by the New York Film Critics Circle. In 2011, Ruffalo made his directorial debut with “Sympathy for Delicious,” which starred Orlando Bloom and Laura Linney and won the Special Jury Prize for dramatic film at the Sundance Film Festival. In 2006, Ruffalo made his Tony Award-nominated Broadway debut in the Lincoln Center Theater’s revival of Clifford Odets’ “Awake and Sing!” Ruffalo earned critical recognition in 2000 for his role in Kenneth Lonergan’s “You Can Count on Me,” opposite Laura Linney and Matthew Broderick. The Martin Scorsese-produced film won the ‘Grand Jury Prize’ for best film in dramatic competition and the Waldo Salt Screenwriting Award at the 2000 Sundance Film Festival.

Ruffalo’s acting roots lie in the theater, where he first gained attention starring in the off-Broadway production of “This is Our Youth,” for which he won a Lucille Award for Best Actor. In 2000, he was seen in the Off-Broadway production “The Moment When,” a play by Pulitzer Prize and Tony Award winner James Lapine. He made his theater debut in “Avenue A” at The Cast Theater.

A writer, director and producer, Ruffalo co-wrote the screenplay for the independent film “The Destiny of Marty Fine.” In 2000, he directed Timothy McNeil’s original play Margaret at the Hudson Backstage Theatre in Los Angeles. Ruffalo has also received Dramalogue and Theater World Awards. Ruffalo resides with his family in New York.